To share your memory on the wall of Gordon Tappan, sign in using one of the following options:

Gordon C. Tappan, 87, of Phoenix, NY died on Saturday, October 28, 2017 at University Hospital, Syracuse, NY with family by his side. Gordon had taken a fall on October 13, in his residence/business inside the building.


Born in Syracuse,on June 26, 1930 to his late parents, Ardus G. (Kratzer) and Clifford H. Tappan. Residing in Baldwinsville, he grew up with horses, competing in shows.

he graduated Baldwinsville Academy, class of 1950. He served three years in the 174 th Air National Guard, Mattydale. Always a worker, he hauled coal, oil and milk, contents were not the same truck. He joined the Seneca River Masonic Lodge # 160, Baldwinsville. *A side note. Gordon is a descendant of the late John McHarrie, an early

inhabitant who settled on the South side of the Seneca River, whose daughter Lydia, married Col. Gabriel Tappan, the first town of Van Buren Supervisor.


With the help of Mary Anne’s dad, Joe Glanville, Gordon enrolled into Simmons School of Mortuary Science in Syracuse. They married on June 6, 1952. They began raising a family in 1953. he studied and eventually received his funeral directors license

1955. That same year they bought a house in Phoenix, and moved from the hamlet of Lysander to Phoenix. The history of the firm can be found on the funeral home website.

In 1961 Gordon bought the Allanson-Glanville Funeral Home and added his surname, Tappan, moved to Main St. in 1963.


A longtime member of the First Congregational Church serving as Deacon, Trustee, and Head Usher. a charter member of the Phoenix Lions Club, serving as secretary, treasurer, and past president. He and the late Raymond Olds first co-chaired the annual Lions Christmas Basket Program. Gordon was the chairman of the annual Crop Walk event; a member of the Schroeppel Historical Society. Gordon had been a Village of Phoenix Trustee, deputy mayor; Phoenix Public Library President since 1968. Many other activities he was a part of. He loved serving his community and sharing the

experiences with others who were doing the work.


An additional calling hour will be on Thursday November 2, in

The funeral service will begin at 11 a.m. with Pastor Stan

To send flowers to the family or plant a tree in memory of Gordon Tappan, please visit our Heartfelt Sympathies Store.

Receive notifications about information and event scheduling for Gordon

There are no events scheduled. You can still show your support by sending flowers directly to the family, or planting a memorial tree in memory of Gordon Tappan.
Visit the Heartfelt Sympathies Store

We encourage you to share your most beloved memories of Gordon here, so that the family and other loved ones can always see it. You can upload cherished photographs, or share your favorite stories, and can even comment on those shared by others. 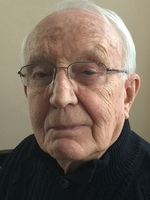