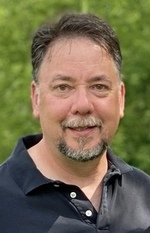 Timothy R Bowersox, 56, of Phoenix, NY passed away at Oswego hospital on Thursday October 28th, 2021. Born in Syracuse NY on September 9, 1965, Timmy was a lifetime resident of Phoenix.

He is survived by his wife Nita (Juanita Blair) of 35 years, sons Jeffrey (Kristy) and Gregory, daughters Brandi Torres of Tacoma, Washington , Miranda, and Haley of Phoenix, and three granddaughters Keelyn, Kinley and Annalysse. He is also survived by his father Timothy A Bowersox of Phoenix and his sister Tina of Sebring, Florida. He is predeceased by his mother Elsie (Woodridge) Bowersox.

Timmy served nearly 40 years as a volunteer fireman with the Enterprise Fire Company #1 of Phoenix and filled many roles throughout those years, from rookie to officer, to EMT and Fire Chief.

In recent years he served at Treasurer and Vice President of the Syracuse chapter of the Hades Hounds LE Motorcycle Club, another brotherhood of men that served others with their charity rides and community service.

Above all, Timmy was a devoted husband, Father and Papaw. His time was spent camping, riding his motorcycle, tinkering in his garage or just enjoying time with his family and friends.

Calling hours will be from 12 - 3 PM, Saturday, November 6, 2021 with a service and reception to follow at the Enterprise Fire Company #1 of Phoenix at 457 Main Street, Phoenix.

Donations can be made to the Enterprise Fire Company #1