To share your memory on the wall of Robert Morris, sign in using one of the following options:

He was 63. He is now jamming away with Jerry Garcia.Read More
Robert C. Morris, Jr. “Bob”, “Rob” to his family,

He was 63. He is now jamming away with Jerry Garcia.

time. Bob worked as an Electrical Engineer at SSAC,

ABB as well as Unimar.

Bob was predeceased by his mother Betty Jane,

Bob will be sorely missed by wife Barbara Morris,

David. His wife Barb’s siblings will also miss him

as well as great nieces and nephews, and many friends.

There will be no services. A “Celebration of Life” will

be announced on Facebook by sister-in- law, Lauri Cromp.

Donations in his memory may be made to a charity

To send flowers to the family or plant a tree in memory of Robert Morris Jr., please visit our Heartfelt Sympathies Store.

Receive notifications about information and event scheduling for Robert

There are no events scheduled. You can still show your support by sending flowers directly to the family, or planting a memorial tree in memory of Robert Morris Jr..
Visit the Heartfelt Sympathies Store

We encourage you to share your most beloved memories of Robert here, so that the family and other loved ones can always see it. You can upload cherished photographs, or share your favorite stories, and can even comment on those shared by others. 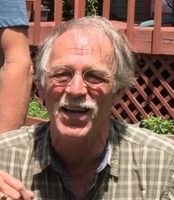