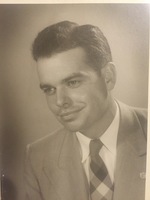 Richard Nicholas Urschel, 87, of Baldwinsville passed away on Wednesday. He drove school buses for Baldwinsville School District, eventually becoming the Director of Transportation, where he worked for over 40 years. During that time he worked on various construction projects, owned a chicken farm, and most notably, owned and operated “Richard’s Ole Timer” at Three Rivers. Richard had a legendary wit and his wry comments will be greatly missed. He is predeceased by his wife, Jane; daughter, Kathleen; and brother, Charles.

The family would like to thank the staff at Menorah Park, Terrace Unit, for their attentive care.

In lieu of flowers, contributions may be made to guidingeyes.org.