To share your memory on the wall of Kenneth Wilson, sign in using one of the following options:

Ken was a mechanic for Cole Muffler Company in

North Syracuse, for 22 years. He was a member

in 2003; and his maternal grandparents.

Surviving are his loving wife of 13 years, Judy A. (Dix)

Jesse Wilson of Fulton, and Darren Ashley of Phoenix;

his mother Lela Latour of Buffalo; his two sisters

Clarice Uborkowski and Robin Latour both of Buffalo; his

and his father-in-law Robert Dix of Fulton; nieces and nephews.

Calling hours are from 4 until 7 p.m. on Thursday March

2, in the Allanson-Glanville-Tappan Funeral Home, 431

Main St., Phoenix, NY. A funeral service will follow at

7 p.m. in the funeral home with the Rev. Jeff Hodge

To send flowers to the family or plant a tree in memory of Kenneth Wilson, please visit our Heartfelt Sympathies Store.

Receive notifications about information and event scheduling for Kenneth

There are no events scheduled. You can still show your support by sending flowers directly to the family, or planting a memorial tree in memory of Kenneth Wilson.
Visit the Heartfelt Sympathies Store

We encourage you to share your most beloved memories of Kenneth here, so that the family and other loved ones can always see it. You can upload cherished photographs, or share your favorite stories, and can even comment on those shared by others. 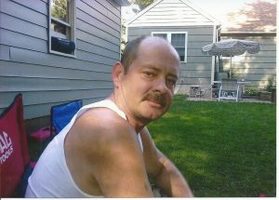