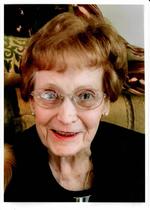 Florence L. Cromie, 92, of Stamford, CT, passed away on Sunday, February 9, 2020. Born in Syracuse, NY to her late parents Charles Kaulback and Anna (Tucker) Kaulback on February 28, 1927. Married to her husband, Jack Cromie of 62 years who passed on March 16, 2016. She worked and retired at Byrne Dairy as a Cash Register Attendant. She was predeceased by her brother George Kaulback in 2012.

Surviving are her daughter, Patricia and her husband William Mott; her son, Steven Cromie; five grandchildren; and four great-grandchildren.