To share your memory on the wall of Donald Hart, sign in using one of the following options:

Donald J. Hart, Jr., 68, of Fulton, passed away on Friday. He was born on August 11, 1951 to Donald, Sr. and Barbara (Scott) Hart in Syracuse, NY. Don joined the Steamfitter Local 267 at the age of 17 where he retired from after a long career. He enjoyed tinkering on various motor vehicles and loved spending quality time with his grandchildren.

In lieu of flowers, contributions may be made to the American Heart Association, www.heart.org or 1-800-AHA-USA1.
Read Less

To send flowers to the family or plant a tree in memory of Donald Hart Jr., please visit our Heartfelt Sympathies Store.

Receive notifications about information and event scheduling for Donald

We encourage you to share your most beloved memories of Donald here, so that the family and other loved ones can always see it. You can upload cherished photographs, or share your favorite stories, and can even comment on those shared by others.

Flowers were purchased and a memorial tree planted for the family of Donald Hart. Send Flowers

Flowers were purchased for the family of Donald Hart. Send Flowers

Posted Jul 18, 2020 at 07:01pm
Gretchen, I am truly sorry to hear of the loss of your Dad. Please accept our condolences and may our prayers help comfort you.
You and your Family our in our thoughts. Hugs.
Lloyd & Janet Stacy
Comment Share
Share via: 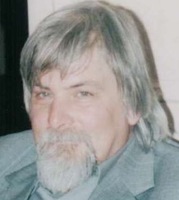