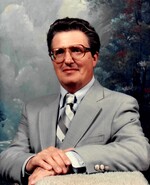 Dennis H. Rathbun, 79, of Phoenix, passed away on Sunday, December 20, 2020, from Covid-19. He was born in Syracuse on Feburay 12, 1941 to Charles and Winnie (Clarke) Rathbun. He attended high school in Baldwinsville and later moved to Phoenix. Dennis worked at Borden’s Mincemeat and later Borden’s Ice Cream, for over 40 years. After they shut down, he worked at Crouse in Central Service until his retirement.