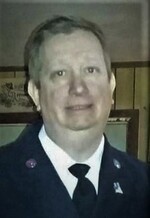 David D. Bogawitch, 49, of Lysander, NY passed away unexpectedly at home on Sunday, December 6, 2020 with his loving family by his side. David was born on July 16, 1971 and attend C.W. Baker High School. He was a former volunteer firefighter for both the Lysander and Cody Volunteer Fire Departments. David loved farming, even taking over the family farm after the passing of his father in 2006; as well as working for Emmi and Son Farms for countless years. When he wasn’t on the farm, he worked as a material handler at the former Sunoco Plant for the last 8 years. David had a passion for working with children which became more prevalent when he met Lynn, now married for 10 years last May, and began raising her daughter, Carly, as one of his own. They soon added 3 more beautiful babies to their family. Farming and Family were David’s life until his sudden passing. He is predeceased by his father, Alexander Bogawitch, Jr.; and mother, Lois (Bell).

Besides Lynn and Carly (14), David leaves behind his daughters, Megan (10) and Natalie (8); son, Aiden (6); brothers, Alex (Donna) Bogawitch of Fulton, and Edward Bogawitch of Germany; sister-in-law, Keli Bradt of Fulton; brother-in-law, Nathan Bradt of Chester, SC; and many nieces and nephews.