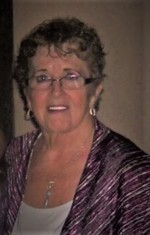 Cynthia M. Thorn , 70, of Pennellville, passed on Saturday. She was born to Francis and Mona Dailey on July 22, 1949, in Syracuse, NY. Cynthia was raised in Phoenix. She was the most loving mother, grandmother, and great-grandmother. All who met her were touched by her caring nature and amazing sense of humor. She will be greatly missed by her Golden Girls, the “Ya Ya Sisters.” Cynthia is now with her daughter Crystal Marie Thorn, who passed in 2006; brother, David Dailey; sister, Paula Dailey; and her parents.

A private service will be held in Spring.