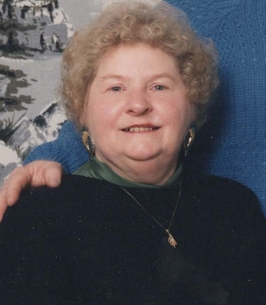 She completed High School in Phoenix, NY and continued on for a year to nursing school, leaving early to raise her family. She enjoyed entertaining family and friends and creating flower arrangements. She especially enjoyed a good game of Bridge. She was an active member of the First Congregational, UCC in Phoenix, NY. After raising her children she served in the Baldwinsville, NY School system in the H. S. Guidance Office.

She was a generous and beloved mother, grandmother, and great-grandmother and spent many days hosting play dates, pool parties, and sleepovers with her grandchildren. She was an avid traveler and enjoyed traveling with her husband, also sharing her love of travel with her children and grandchildren. In her many years after her husband, Leonard's death, she was a resident at Park Terrace in Radisson where she made many new friends and was cared for with love and understanding.

There will be no services at this time, a private burial will be held in the Spring. In Lieu of flowers, contributions can be made to: The First Congregational UCC of Phoenix, NY General Operating Fund, in memory of Carol F. Cooper. agtfuneralhome.com