Obituary for Beatrice May Vincent (Bettis) 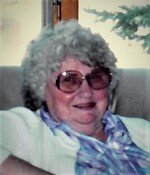 Born April 28, 1923 in Granby, New York. She is survived by her children James, Jack, Harry Langdon, and Irma Ross; several grandchildren, and great grandchildren. She was predeceased by her husband Henry (Hank) Vincent, children Frederick, Edward and Harriet Langdon.

Bea’s family would like to give special thanks to the staff at Seneca Hill Manor for the care she received.

A Celebration of Life is being planned for the spring. Contributions in her memory can be made to The Manor at Seneca Hill, 20 Manor Drive, Oswego, NY 13126